Hanns Heinen (1895-1961) spent his entire career working as an editor and journalist. He wrote thousands of articles, mostly on economic topics. He joined the “Solinger Tagesblatt” in 1919 and initially worked on advertisements. However, he quickly changed to editing and took over the economy section of the paper. He later worked as an independent journalist, before switching to the “Westdeutsche Rundschau” in Wuppertal.

In 1948, he became editor in chief of the “Eberswalder Offertenblatt”, which at the time was one of the leading economics magazines in the new Federal Republic of Germany. By the mid 1950s, he was working in Kassel as editor of the local newspaper. Finally, in the years leading up to his untimely death on 23 December 1961, he worked primarily as a freelance journalist for various papers. 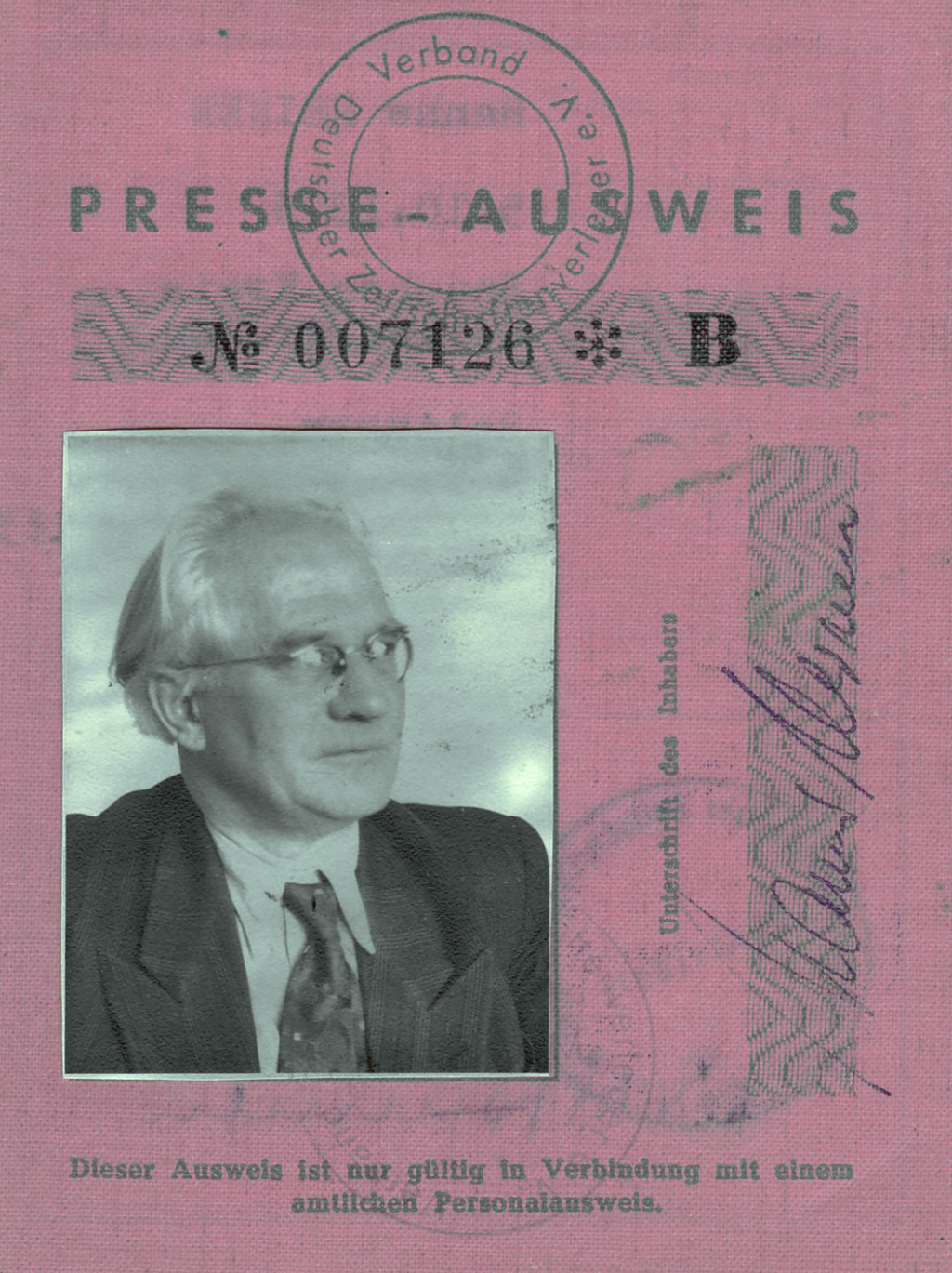 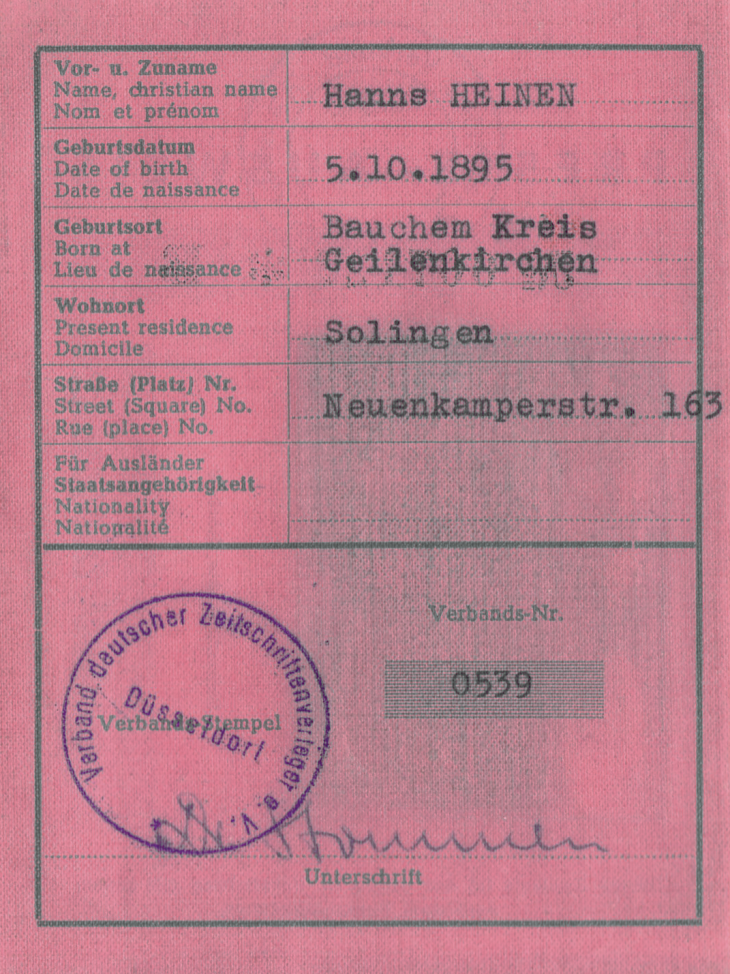